Electric bikes have risen in popularity in recent years, with sales continuing to grow rapidly. For many individuals, electric bikes serve as both a welcome alternative to cars, allowing riders to avoid extensive carbon dioxide emissions, vehicle upkeep, and the need to purchase increasingly expensive gasoline, and a more convenient form of cycling, allowing riders to put in the work to cycle under their own muscle power while benefiting from extra electrical assistance. E-bikes also allow individuals to avoid public transportation, which may be increasingly desirable for some in the midst of the Covid-19 pandemic, which for many has promoted an associated desire to avoid crowded spaces.

However, the burgeoning popularity of electric bikes has frankly obscured their numerous downsides. While they may seem like a welcome improvement to regular bikes at first blush, there are actually real downsides of electrical bikes. Read on to consider why e-bikes may not really be all that they are cracked up to be.

One of the significant cons of e-bikes is their often prohibitively high cost. A lower-end electric bike may cost in the vicinity of $1000, while more reliable ones can sometimes cost up to $10,000. While the initial investment may seem manageable for some, the early outlay of cash is hardly the only cost associated with keeping an electric bike. In fact, most contemporary bikes will also require expensive upkeep over time. One of the most notable costs will be the replacement of its battery, potentially in only two years.

Because the technology undergirding electric bikes is fairly specialized, e-bike repair — and in particular, battery repair and replacement — will not be as simple as going to your local bike shop. They may require sending out for expensive parts, or hiring fairly complex electrical labor. In short, e-bikes simply are expensive, and will almost certainly stay expensive over their lifespan.

Another downside e-bike owners may come to experience is the rather onerous weight of many electric bikes. Bike owners who are used to easily lifting a bike and mounting it on a car, or bringing it along on other means of transport, may find the transporting process far more prohibitive with an electric bike.

This can be a particular problem on long and varied bike rides. Despite being electric, many e-bikes can be sluggish, due to the weight of their various electric components, especially on steep rises and hills (making their purported benefits more dubious). This is usually particularly true for e-bikes that have lead-acid batteries, which tend to be especially heavy.

Naturally, this problem will be notably compounded if your bike’s battery dies while out on a long ride. To put it simply, walking an electric bike, particularly up a hill, can make for a substantial workout!

For some, an e-bike seems like a simple enough way to get around: less complex than a motorcycle (or car), but similar to a bike, while being significantly faster. However, electric bikes are actually much more complex than conventional bikes, leaving them more vulnerable to multiple points of failure.

An obvious potential point of failure is its battery. Batteries tend to be uniquely complex, and expensive, making repairs or replacement both a hassle and financially burdensome. But batteries are hardly the only potential points of electrical failure on an e-bike. Its numerous electrical components require highly specialized parts and labor to repair and correct. For instance, the sensors on the motors can easily break, leading to a costly replacement. Its LCD screens can also become damaged, necessitating repair to fully take advantage of the bike’s electric components. Given current supply chain disruptions and related issues, simply finding these needed parts can potentially be a hassle.

The virtue of a traditional mechanical bike is that repair shops tend to be easy to find, parts are relatively standardized, and with a little practice, you can do a lot of the work yourself. New tires, a chain replacement, or even significant work to the frame can sometimes easily be done at home. Not so with electric bikes, which are complex in ways that usually require more professional input.

One major reason that people turn to biking is for the health benefits. Put simply, biking offers tremendous and varied exercise. One study found that biking to work could burn as much fat as working out at the gym for several hours per week. Compare this to the sedentary process of sitting in a car in traffic, or even standing on a cramped subway or bus. For decades, individuals have turned to biking to get in better shape, address underlying cardiovascular and other problems, and stay fit while commuting and otherwise travelling around.

Unfortunately, a good deal of this benefit is lost when using an electric bike, as the electrical component allows individuals to move with the assistance of an electric motor, and not simply under their own power. While many argue that there are still health benefits to e-biking — and this is true to some degree, if not as significant in effect as standard biking — another reason benefits are lost is the variety of terrain necessarily experienced when biking a traditional bike.

In other words, when on a standard bike, you must go uphill, downhill, over rough terrain, and more, solely under your own power. The ability to effectively “avoid” some of these terrains on an electric bike — by utilizing substantial motorized help in trouble spots — can notably decrease their health benefits for riders.

Finally, limited battery life continues to be one of the major cons of e-bikes. In many cases, batteries require frequent charging in order to complete multiple long rides. This problem is particularly acute with lead-acid batteries, but it can be a problem for lithium-ion batteries as well.

This problem is made more severe by the noted propensity for batteries to fail after relatively short periods — potentially as brief as 2-3 years. While certain habits can avoid compounding this problem (not over-charging batteries, not fully discharging a battery, and keeping the battery cool), the inherent problem of poor mileage per charge, as well as the need for replacement, continues to plague e-bikes.

If the battery does fail — particularly while out on a long ride — you will effectively be left with a heavier version of a traditional bicycle, requiring heavy expense if you are to return it to its fully functional state.

Despite the newfound popularity of electric bikes, for the reasons above — and others, like the significant and destructive environmental impact of e-bike construction, and particularly battery construction — you really cannot beat a traditional, mechanical bike when it comes to ease of use, personal benefits, and durability. Traditional bikes are simply more reliable, less environmentally harmful, and more personally beneficial. 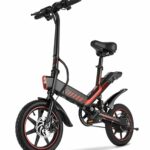 Top 5 Reliable Electric Bikes For Under $1000 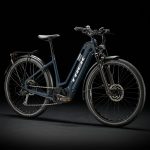 A Guide to Hybrid Bikes for Women

A Review of the Best Trek Fat Bikes 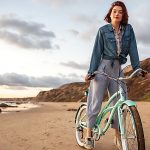 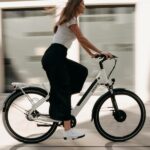