When it comes to bike brands available in the United States there is Cannondale, Giant, Norco, Canyon, Colnago, Ancheer, Merida, Ghost, Electra, and the list goes on and on. And with each brand and each bike type, there is a lot of history, passion, and effort that goes sometimes unnoticed so that you can ride your bike on a beautiful Sunday afternoon.

So we decided to list forty-seven of the most known bike brands with a little bit of history about who, when, where, and what.

Founded in 1961 in Bergamo, Italy, the name derived from its original one 3TTT – Tecnologia del Tubo Torino.
They are producing high-quality road bikes, and as of 2016, 3T entered the gravel area with their first gravel bike model called Exploro.

Headquartered in US, California.

Available in the US through dealers.

Founded in 1952 in Italy, Colnago Ernesto & C. S.r.l. or Colnago is a manufacturer of high-end road-racing bicycles founded by Ernesto Colnago near Milano in Cambiago, Italy.

Founded in 2017, Co-op Cycles is REI’s in-house bike line.
Designed with help from REI’s most passionate cyclists to deliver versatile, capable bikes that can be used for mixed-terrain adventures, both on and off pavement.

Founded in 1993 in Waldershof, Germany

Designed, welded, built, and tested in Canada.
It also manufactures the BIXI-brand of bicycles used in bicycle sharing schemes in cities such as Montreal and Toronto

Diamondbacks bikes are sold in many countries, including the United States, Australia, Canada, and the United Kingdom. Most Diamondbacks are considered to be mid-type bicycles

Evil Bikes is a high-end boutique bike manufacturer based in Seattle, Washington. The company was founded in 2009 with a direct-to-consumer business model.

Felt Bicycles has grown from humble beginnings in a Southern California garage to a globally recognized creator of one of the best-performing bikes available.

Founded in 1899 in Japan as Nichibei Fuji

In the United States, the Fuji brand is owned and distributed by Advanced Sports International (ASI), a privately held corporation located in Philadelphia, Pennsylvania.

Founded in 1972 in Southern California by Gary Turner

Founded in 1981 in California by Scot Nicol

Manufactured in: The HD is made in Taiwan, other models are made in China. Exie model is handmade in Santa Cruz, California
Site: www.ibiscycles.com/
Bike Types: Mountain Full-Suspension, Gravel / Adventure.
Technology: Carbon Fiber, Carbon Fiber Monocoque.

Founded in 1993 in California by Jeff Steber.

The company was founded in 1937 as distributors of imported European bicycles and parts. They began making bikes in the 1970s. James Bikes introduced their first mountain bikes in 1983 and their debut road machines in 1988.

Founded in 1986 Kestrel is formed from a group of Aegis employees together with aerospace materials experts. Kestrel is an American bicycle brand that specializes in high-end bikes for triathlons and road racing. Kestrel has been owned by Advanced Sports International since 2007.

Manufactured in: At first, frames were made in California but in recent years, production has since been moved to Asia, by a Chinese company known as Martec.
Site: www.kestrelbicycles.com/
Bike Types: Road, Mountain, Triathlon.
Technology: Carbon fiber.

The company was founded in 1988 by Dan Gerhard and Jacob Heilbron in Vancouver, BC. Kona is 50% US and 50% Canadian owned.

Founded in 1972 by Ike Tseng in Taiwan.
The company currently designs and manufactures bicycles primarily for its own brand — and for brands with which it shares financial interests, including the now German brand Centurion.

Founded in  2005 by Chris Sugai and Steve Domahidy.
Niner is an American bicycle manufacturer headquartered in Fort Collins, Colorado. In February 2018, the firm was acquired by UWHK Ltd., a Hong Kong-based investment firm known for owning Huffy Corp

Founded in 1964 in Canada – British Columbia, by Bert Lewis.

Manufactured in: The frames are produced in Asia and the bikes are assembled at your local dealer.
Site: www.norco.com/
Bike Types:  Mountain, City, E-MTB, Road, Urban, E-Urban.
Technology: Carbon fiber, SmoothCore, and ArmorLite resin for frames.

Founded in 1988 in the UK.
Orange Mountain Bikes Limited is a bicycle manufacturer, based in Halifax, West Yorkshire in the UK.

Manufactured in: Orbea manufactures and assembles bikes at their own factory in Mallabia, Spain, the other models being made in Portugal, and the frameset in China.
Site: www.orbea.com/us-en/
Bike Types:  Road,  Mountain, Urban, E-bikes, Triathlon.
Technology: OMX is the pinnacle of carbon fiber bicycle manufacturing.

Manufactured in: The tools and hydroforming molds for the production bikes are all manufactured in the US and shipped to Taiwan. Development, prototyping, and laboratory tests are all done in the USA.
Site: www.pivotcycles.com/en/
Bike Types:  Mountain, E-bikes, Gravel, Fatbikes.
Technology: Carbon fiber.

Launched as a family business by Jacob Rheuban in 1982 Westlake Village, US as “The best bikes for kids”

Founded in 2012 by Dave Weiner, Founder and CEO of Priority Bicycles.

Founded in 2010 in Los Angeles, California by Michael Fishman, Jordan Schau, Zachary Schau, and Austin Stoffers.
On April 20, 2020, Pure Cycles was sold to JBI.bike, a family-owned, Florida-based bike and parts distributor with a bicycle division including brands such as Sun Bicycles, and Black-Ops.

Founded in 2016 by twin brothers Jake and Justin Roach in Eagle, Colorado, US.

Manufactured in: The QuietKat eBikes are made in Asia and come 95% assembled from the factory to the brand’s headquarters in Eagle, Colorado.
Site: https://quietkat.com/
Bike Types: Electric fat-tire mountain bikes, all-terrain E-trikes
Technology: Aluminum frames.

Founded in 1887 by Sir Frank Bowden, in Nottingham, England.

Founded in 2018 by Kevin Dugger in the US.
The product warehouse is located in Sparks,  Nevada, but operations are based out of San Diego, California.

Founded in 1981 in Vancouver, British Columbia, Canada.
The three original founders are Grayson Bain, Jacob Heilbron, and Sam Mak. Rocky Mountain was acquired by Procycle Group in 1997 but continues to operate independently.

Founded in 1993 in California by Rob Roskopp, Mike Marquez and Rich Novak.
On July 3, 2015, Santa Cruz Bicycles was sold to Pon Holdings, a family-owned Dutch conglomerate with a bicycle division including brands such as Cervélo.

Manufactured in: Our carbon bikes are produced in our exclusive manufacturing facility, and we utilize our advanced VPP (Virtual Pivot Point) technology on all full-suspension models. Each hand-assembled to order in our California factory.
Site: www.santacruzbicycles.com
Bike Types: Mountain.
Technology: Aluminum, Carbon C & Carbon CC.

Founded in 1895 in Chicago by Ignaz Schwinn and Adolf Arnold. After declaring bankruptcy in 1992, Schwinn has since been a sub-brand of Pacific Cycle, owned by the multinational conglomerate, Dorel Industries.

Founded in 1958 by engineer and skier Ed Scott from Sun Valley, Idaho.
Scott expanded to Europe in 1978, settling their headquarters in Fribourg, Switzerland.1958 Scott Sports SA (formerly Scott USA) is a Swiss producer of bicycles, winter equipment, motorsports gear, and sportswear. The company’s main office is in Givisiez, Switzerland, with branches located around Europe and in the United States, South Africa, and India.

In 2015, Scott was Acquired by a Korean company, Youngone Corporation, and became its subsidiary

Founded in 1974 by Mike Sinyard in California, US.

Manufactured in: All the research, design, prototyping, and product development at the headquarters. Once the bicycle has been given its specifications, it is produced by a contract manufacturer in Taiwan.
Site: www.specialized.com/
Bike Types: Mountain, Road, BMX / Dirt Jump, Gravel, Fitness, Triathlon, E-bikes.
Technology: Carbon fiber.

Founded in 2011 by Florence Shen and Joshua Hon, wife and son of David T. Hon, founder of the established Dahon brand of folding bicycles.

The company is based in Taipei, Taiwan, and has offices in the US, China, Finland, and the UK 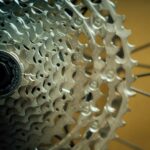 How To Use a Bike Pump in 10 Simple Steps 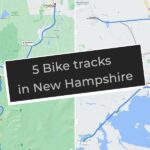 My top 5 New Hampshire bike tracks near me 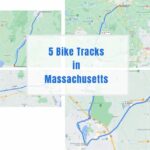 Top 5 bike tracks near me in Massachusetts 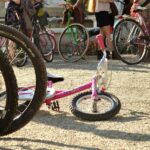 How To Teach a Young Child To Ride a Bike 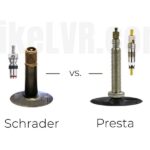 Presta Valve vs Schrader Valve – How to Pump?